Built in 1952, the Canisteo Street Bridge over Crosby Creek was a two-lane, single-span, steel multi-girder superstructure on concrete abutments. The bridge and foundations were in poor condition resulting in the permanent closure of one of the sidewalks on the bridge. The severe deterioration of this structure resulted in the need for a complete replacement.

To meet the City’s project goals, Fisher Associates designed a complete bridge replacement along the current horizontal alignment. The new bridge is a single-span, spread concrete box structure with a span length of 54’-3”.  The existing gravity abutments were replaced with new conventional abutments on piles in the same location. The vertical alignment was altered to meet current standards requiring two feet of freeboard and to meet the ADA slope requirements for the crosswalk at Scott Street immediately north of the bridge.

Other improvements included replacement of the existing waterline on the bridge with a new ductile iron pipe; restoration of the flood-controlled, concrete-lined channel around the abutments to like-new condition; approach work, including intersection regarding to the north, to provide a smooth transition to the new profile; and regarding approximately 125’ of Scott Street, to tie into to the adjusted vertical alignment of the Scott Street intersection just north of the bridge.

As part of the project, Fisher Associates also provided the following Environmental services: 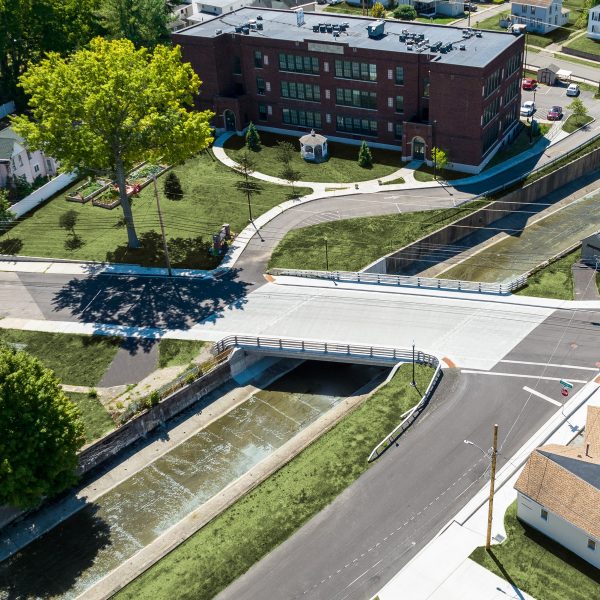 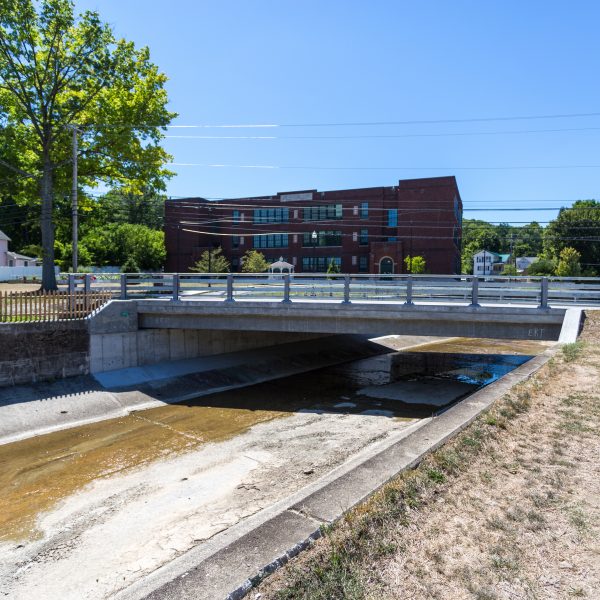 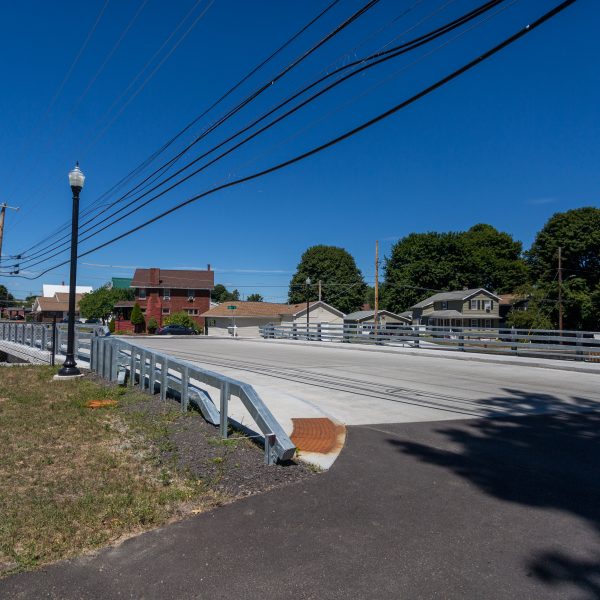