This project consisted of converting Main Street between Clinton Avenue and Port Watson to two-way traffic to improve accessibility, commercial activity, and walkability in the City of Cortland. Main Street and Central Avenue were converted to one-way traffic in the 1960s in order to reduce traffic congestion in the downtown core. Nationally, a two-way conversation trend has taken hold as more cities seek to slow speeds, improve walkability and bike-ability, revitalize downtown commerce and generally enhance local quality of life.

A review of traffic volumes, pedestrian / bicycle activity, and safety were completed for Main Street and Church Street to determine the impacts of converting Main Street to a two-way operation. The study included data collection and analysis at eight intersections within the evaluation of over 300 accidents within the study area and a parking assessment. Recommendations included a two-way Main Street and performing a road diet on Church Street to make it more bike and pedestrian-friendly. In addition, recommendations were provided for improved signing, pedestrian signals street aesthetics, and to improve the safety of the intersections and roadways.

In 2019, the City of Cortland received funding through the Governor’s Downtown Revitalization Initiative to turn this study into the design, which will be provided by Fisher Associates. The Main Street Revitalization project will transform Main Street between Clinton Avenue and Port Watson Street into a two-way street with parking, streetscape, and pedestrian improvements that will increase traffic safety and accessibility to downtown. This project will also include the design of a pocket park on a city-owned lot on the west side of Main Street, at the location of a proposed new midblock crosswalk. Finally, this project will call for the selection, design, and construction of a public art installation that will function as an extension of and enhancement to the newly created streetscape. 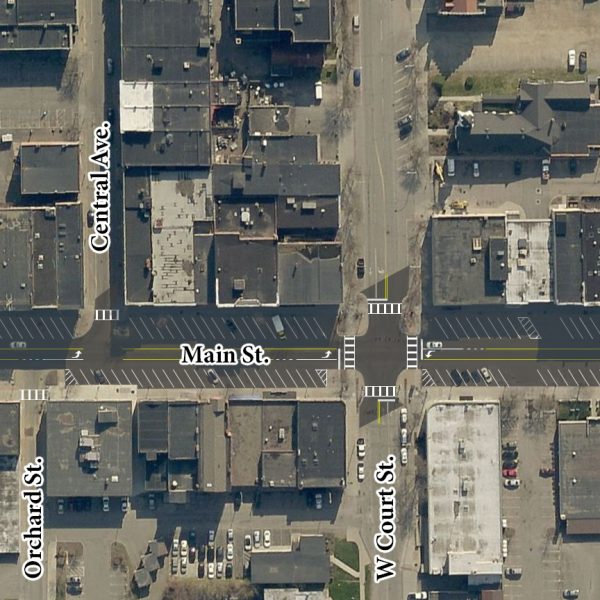