Due to recent construction in Penn Yan, there has been an increased interest in pedestrian and bicycle connectivity between Downtown Penn Yan and Keuka Lake. The existing 175-foot pedestrian bridge east of downtown was the only direct access between the south side of the trail and downtown. An inspection performed as part of the project revealed that the bridge had a large amount of deterioration throughout the entire structure and with the amount of use this structure saw as a critical part of the Keuka Outlet Trail, it needed to be replaced. There was a second crossing of the Outlet to the west of Main Street but it was demolished as part of a hazardous waste clean-up project and this project also sought to re-establish this connection as well.

The existing bridge east of Main Street was demolished and replaced with an 87-foot clear span prefabricated steel pedestrian bridge with a 10-foot ADA compliant walkway consisting of a wooden deck founded on helical pile-supported concrete abutments. The Keuka Outlet Trail was extended to meet the new northern abutment. A new sidewalk was constructed along Central Avenue to provide connectivity from the trail system to Seneca Street where a new striped crosswalk leads pedestrians onto the existing sidewalk system. The new sidewalk along Central Avenue is a seven-foot concrete sidewalk.

The existing 120-foot train trestle bridge west of Main Street will be replaced along a new alignment to the west of the existing alignment as part of this project. The new bridge is a 108-foot clear span prefabricated steel pedestrian bridge with a wooden deck founded on pile-supported concrete abutments. The walkway is 10 feet wide and ADA compliant. A connection from the Keuka Outlet Trail to the southern abutment of the bridge was constructed. The trail continues off the north side of the bridge and along the western edge of the parking lot where it ties into the existing sidewalk on Water Street. 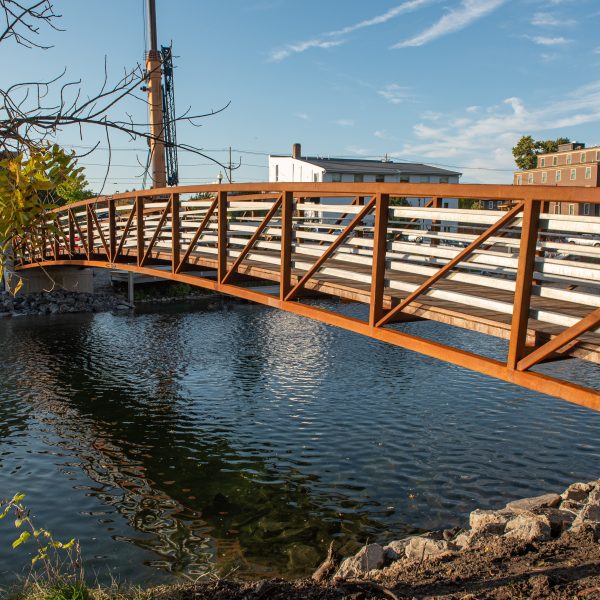 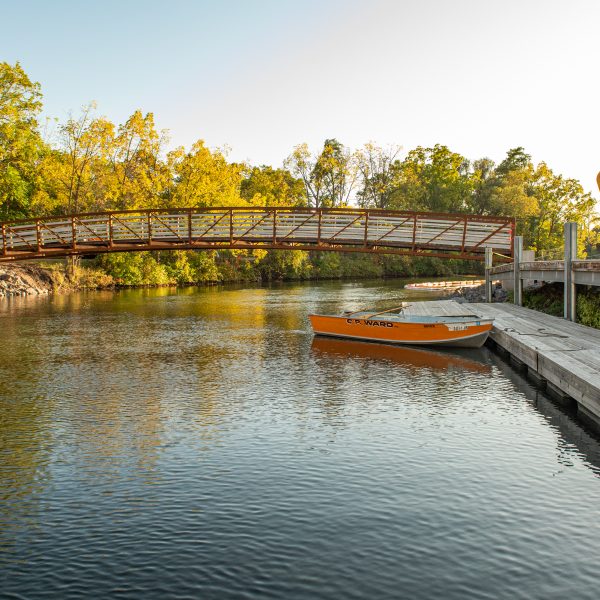 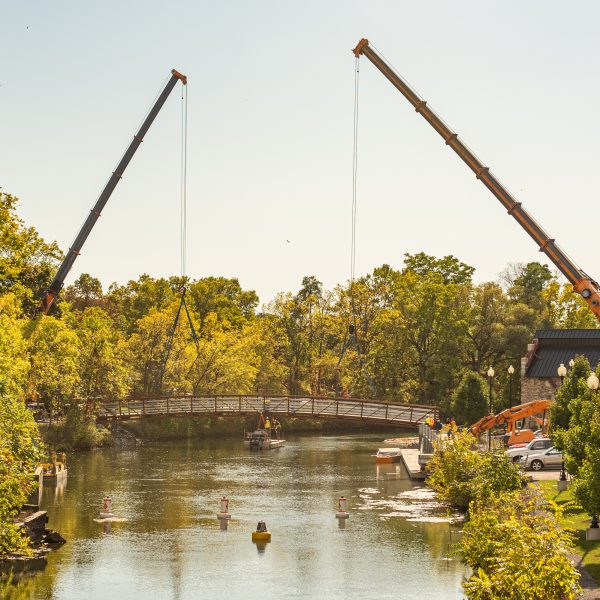 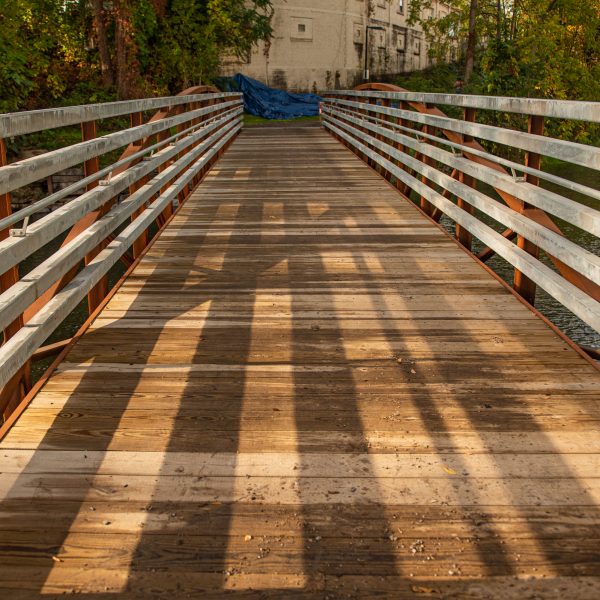 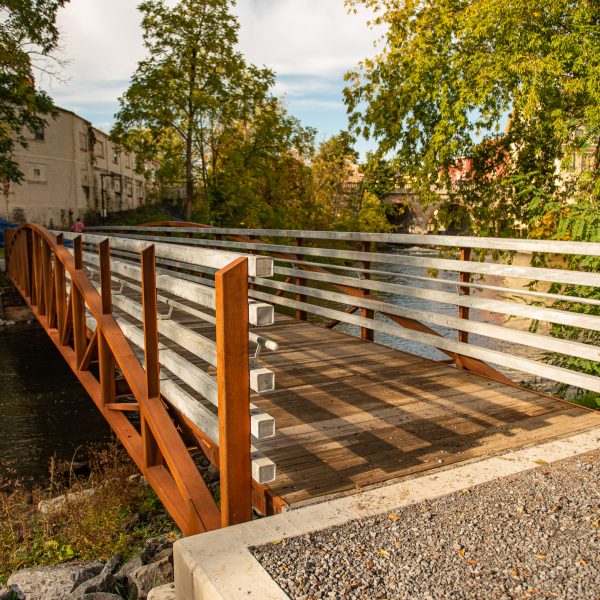