This project was located on Seneca Street over the Canisteo River in the Town of Hornellsville, Steuben County, and involved the replacement of the existing painted steel truss bridge. The replacement structure is a 195’-6” single span steel multi-girder superstructure founded on pile-supported abutments behind the existing abutments.  Both vehicular and pedestrian detours were provided during construction due to significant pedestrian use of the existing structure.  The bridge spans the Canisteo River within a United States Army Corps of Engineers Flood Control Area and the existing abutments are built in front of and into the levees.

Replacing the existing truss bridge with a steel multi-girder structure required that the profile of Seneca Street be raised approximately three feet to maintain the current level of flood protection to the City of Hornell, Town of Hornellsville, and Village of North Hornell. This geometric change required extensive coordination with business owners and residents along the two bridge approaches to ensure they would have access to their properties during the construction and usable driveway entrances and parking lots after construction was complete. It also necessitated a significant amount of right-of-way coordination to acquire the easements or fee takings necessary to build and maintain the new structure.

An offsite project detour analysis was conducted that included assessing traffic flows that would be diverted through a network of nine signal-controlled intersections and two stop sign-controlled intersections. The detour network was modeled in Synchro from which operational predictions were developed. Identified impacts from detoured traffic were mitigated by implementing traffic signal timing modifications, temporarily revising roadway geometry, and installing detour signing. Additionally, coordination with the school district was necessary with respect to bus routes and schedules.

In addition to the bridge and roadway design, Fisher Associates also provided environmental services that included NEPA / SEQRA documentation; general ecology; threatened and endangered species; flood plains; groundwater; surface water; wetlands; navigable waters; historic and cultural resources; and HW/CM and ACM. Fisher Associates was also responsible for the preparation of permit applications to the NYSDEC and USACE for wetland activities. The permits also included the approval for working within the flood control structures at the bridge. Fisher Associates provided topographic and boundary survey and mapping services for use during the design phase of the project. Highway boundaries and property lines were determined to show ownership and for the preparation of acquisition and / or easement maps. Property lines were determined for 42 properties and 15 acquisition / easement maps were prepared.  All tasks were completed to NYSDOT standards and procedures. 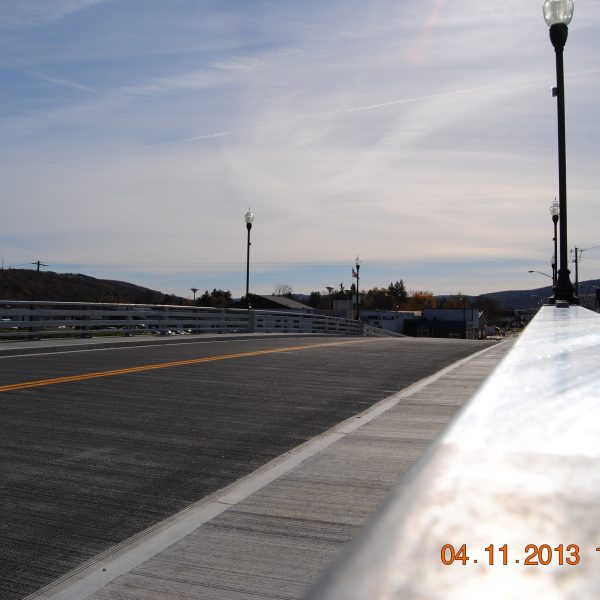 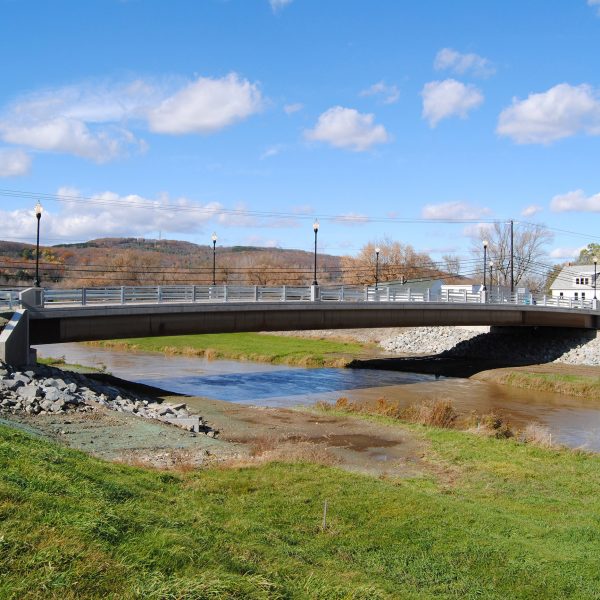 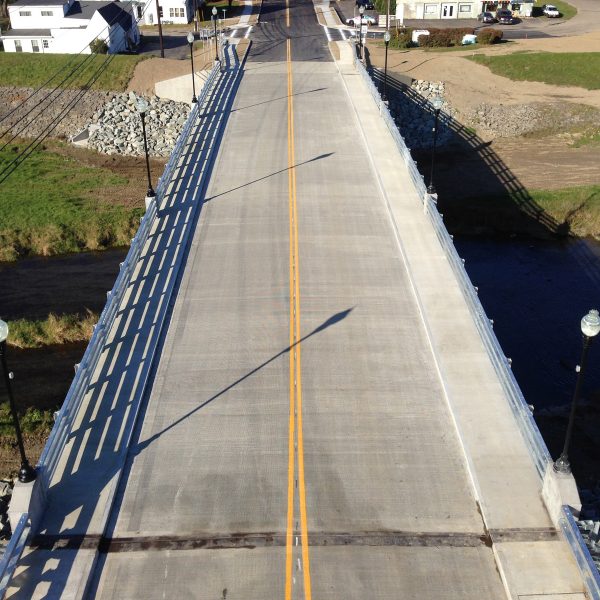 What Our Clients are Saying

“I am happy to share my experience with and confidence in Fisher Associates, having worked with your firm over the last ten years on the replacement of three of our major County river crossings. For each of these projects, your team developed a design that was unique to the needs of each site, as well as to the needs of the communities in which the structures were located. Your firm conducted well-run public meetings and explained the technical aspects of the projects in terms the general public could easily understand. From an environmental standpoint, your team's knowledge of the permitting requirements, and relationship with the involved regulatory agencies facilitated receipt of the necessary approvals in a timely fashion and delivery of all three projects on schedule. Complementing this strength in completing the work in an efficient manner was the high quality construction inspection personnel you provided on each of these jobs. They worked seamlessly with your construction support staff making my role as project sponsor nearly stress-free. While working with Fisher, I am confident that your team will address the County's needs and deliver a successful project every time, serving as our advocate throughout the design and construction phases. I consider these aspects of project delivery very important, and would recommend Fisher Associates and your team for future projects both within our County and for other municipalities and outside agencies.”